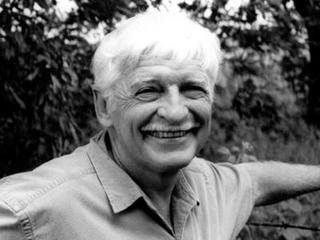 A special issue commemorating and recognizing the work of Ralph Salisbury was published in 2020 by the international journal of literary studies Transmotion, which focuses on writings by Native American and First Nations authors.

Based at the University of Kent (UK), this issue includes seven articles by authors from Spain, Cyprus, Germany, and the United States: Georgia, North Dakota, and Oregon (Ingrid Wendt and Eleanor Berry), and a long, personal interview with Wendt, Salisbury's wife of 48 years. The issue concludes with fourteen of Salisbury's poems and includes photos that chronicle his life from earliest childhood through old age.

Ralph Salisbury reads from his 2012 book of poems, Like The Sun In Storm, November 17, 2012, at Tsunami Books, Eugene, Oregon. Watch the video of the reading here.

Tribute Reading by former students at the 2012 NW Poets Concord, May 6, 2012, Newport, Oregon. Watch a video of the reading here.

Ralph Salisbury (1926 – 2017), was a disciplined and prolific author, whose work reflects his mixed ancestry (Cherokee, Shawnee, English, Irish), his childhood in Iowa during the Great Depression, his love of family and friends, his pacifism, and what he described as a "devotion to harmony with nature."

During his lifetime, Ralph published 11 collections of poetry, including Rainbows of Stone (2000) and Like the Sun in Storm (2012), both finalists for the Oregon Book Award. He also published three collections of short fiction and a memoir, So Far, So Good (2013), which received the River Teeth Book Award for Literary Nonfiction. He completed a 12th book of poems, Living in the Mouth, shortly before his death.

His poem "In the Children's Museum in Nashville" published in The New Yorker in 1960, made him one of the first Native American poets to receive national attention.

A winner of the Northwest Poetry Award, he was also a Rockefeller Foundation Resident at the Villa Serbelloni in Bellagio, Italy. A three-time Fulbright Professor in Germany and a Fulbright translation grant recipient in Norway, he also received an AMPARTS lectureship in India. In 2015, he was honored with the C.E.S. Wood Distinguished Writer Award, presented annually to an Oregon author in recognition of an enduring, substantial literary career.

In selecting his 2000 book Rainbows of Stone as an Oregon Book Award finalist, Maxine Kumin wrote: "Nature in Ralph Salisbury's conception is a Presence to be addressed… This is a poet dedicated to keeping his heritage alive. His book deserves a broad audience."

Dedicated, as he said, to the Tribe of the World, he presented his work in hundreds of poetry readings and lectures throughout North America, Europe, the former Soviet Union, and India. His poetry and prose have been translated into Spanish, French, Italian, Hindi, Urdu and Bengali, and published in the United States, Canada, Great Britain, Germany, Italy, Norway, France and India.

Ralph was also a beloved teacher and mentor who retired as Emeritus Professor of English and Creative Writing at the University of Oregon, where he taught from 1960-1994. During his tenure, he directed the MFA in Creative Writing program, which he helped to create. Ralph's profound literary legacy, passion for justice, truth and beauty, and his far-reaching influence as teacher and friend, is carried on in the lives of his students, many of whom have, in turn, gone on to distinguished literary careers.

For six years Ralph served as the editor-in-chief of Northwest Review. He also edited A Nation Within, an anthology of contemporary Native American writing, and co-translated three books by Sámi (Lapp) poet Nils-Aslak Valkeappää: Trekways of the Wind, The Sun, My Father, and The Earth, My Mother.

Ralph grew up in Northeast Iowa, hunting and trapping for meat and pelts and working on his family's farm, which had no electricity or running water but was reachable by a dirt road. When he visited his father's mother in Kentucky, his only road was footpath along a creek. After surviving a lightning strike at age 15, he was left with "a sense of awe and an intense love of life."

Ralph started first grade at age four, and graduated from high school at age 16. The following year, he enlisted in the US Army Air Force, with dreams of rescuing his older brother, who had been captured by Germans in North Africa and was being held as a POW in Italy. Ralph never engaged in active duty, for which he was grateful; he said that the only killing he did during his military service was the rabid skunk he shot, while on guard duty one night, at an airbase near McCook, Nebraska.

It was during his years in the military that Ralph—taken under the wing of a few well-read friends—began reading and writing poetry. The newly-created GI Bill provided him with the means to earn six years of university education, including an MFA from the University of Iowa Writer's Workshop, where he studied under the poet Robert Lowell.

During the Korean War, Ralph became a conscientious objector, pacifist, and activist in the early civil rights movement. He was later an active and vocal opponent of the Vietnam War and the wars in the Middle East. These anti-war and pacifist beliefs run throughout his fiction and poetry.

Though he lived and worked among the intelligentsia of many nations, Ralph's poems and fiction come from having lived as a questing, mixed-race, working-class individual in a violent world, and he often said  that his work was offered "in the spirit of human goodness, which unites all people in the struggle against evil, a struggle to prevail against global extinction."

The father of three, and the grandfather of four, he lived until his death in Eugene, Oregon, with his wife of 48 years, poet and writer Ingrid Wendt.