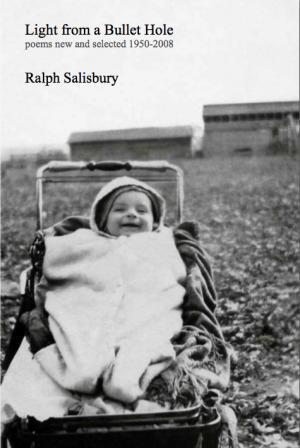 Light From a Bullet Hole: New and Selected Poems

Sample poems from Light From a Bullet Hole: Poems New and Selected

In the Children's Museum in Nashville

In the Children's Museum in Nashville, rattlesnakes coil,
protected by glass and by placards warning that if teased
they might just dash their brains against apparent air.
Negroes are advised that, if notified in advance,
the Children's Museum in Nashville will take care of them
on certain days. On an uncertain day, to regulate
my sons by Mother Nature's whims, I make it quite clear
that some skulls are less substantial than apparent air,
as, evidently, one empty cage verifies.
More durable are the heads of bison, eland
(from Africa), and other exhibits: a purple parrot,
who eventually condescends to demonstrate
by winking that, far from dead, he of his own free will
dreams over caged snakes in his own cage; blades
from China's dynasties and Malayan tribes;
some shrunken Jivaro noggins and a diminished Nashville;
and, most awesome, a bird and a squirrel
reborn at intervals from blacked-out flesh as white
skeletons. On Sundays, children are allowed a look
at electric stars. Seen every day is an Indian
child-cured by chance, the signs say
in a dry, airless place--still possessed
of parchment skin, thought eyeless, and still dressed
in ceremonial regalia
that celebrates his remove to a better world.

Light from a Bullet Hole

She tells you I am her baby, twisting on shattered glass,

wind ghost-moaning in, turning my screams to steam,

turning the wall's bullet hole's light into an icicle,

witched into yellow pencil, with which I write

what she can not tell,

that I am her baby no longer,

our family's enemy's shot, which was meant

for somebody older, now striking someone so old

the world itself is his child, twisting in broken breath.

It is a human death the telephone wires tell my ear,

half deafened by bomber motors, but still able to hear

the pleading of those who were burning, and milk

from my mother's nipple is light

from a bullet hole,

as I twist, again and again,

in diapers frozen to shattered ice

from a torn of light, the flesh

that was torn from you and wear it, warm in the night."

A Victim of War

More wars around the world

than any of us know

ago, Red Burns left the farm, on which

his family were renters after the Depression

made mortgage holders richer and made

riveted warships until a burst steam

pipe made an irony of his name.

Underfed body his only boat

while netting fish, to ease the strain

of food rationing, his hair

took fire from the blaze of moon off waves his scream

went under, and I,

the only help close enough,

was not strong enough,

to dive and tug off the boots he had foolishly worn.

Some history before my war's

so that he could bend

and make himself as barefoot as the rest of us and live,

for monstrous sea food dinners for a few more years.

Some literature professors proclaiming the values

of mountain and sea

property they own, my Cherokee family's long-

I want to shout:

Green gophers, in pastures, where I leaped

over shit steaming in frost to herd the cows home

and aimed at and missed gophers and, brave

as white as surrender flags, I dreamed

of targets too big for my air rifle to kill

and was naughty, though never successfully,

in stopping the singing of birds,

and joined, as soon as I could,

before their family burrows,

their trills as lovely as those of Redbird,

Sun's daughter, returned from the Dead,

her shadow falling on Honor Guard elegance and on

buried within the graying head

of a man who survives

As geometric as military museums'

Birds as red as pimentos blaze

with sunsets and dawns

above oceans and mountains no one can own.